In Conversation with Kim Meredith 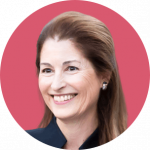 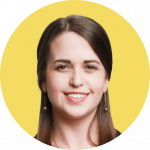 If you’re always looking down then you’re missing those opportunities that come your way.

Kim Meredith is chief strategist, fundraiser, and advocate for one of the country’s top public hospitals, the San Francisco General Hospital and Trauma Center. Previously, she spent eleven years as the inaugural Executive Director of the Stanford Center on Philanthropy and Civil Society (Stanford PACS), where she was responsible for strategic leadership, strong financial performance and consistent organizational growth. Prior to joining Stanford PACS, Meredith served as the Chief Development Officer for Planned Parenthood Federation of America (PPFA) in New York City. Before joining PPFA, she served as the Chief Operating Officer at Planned Parenthood Golden Gate in San Francisco. Meredith launched her business career in corporate America at AT&T for nearly a decade.

Meredith serves on the Board of Directors of the George Lucas Education Foundation, Essential Access Health, Trust for the Americas and the Laura Arrillaga-Andreessen Foundation (LAAF) Advisory Board and YPO Pacific U.S. Gold Regional Board. She additionally held a recent six-year board term on Silicon Valley Social Venture Fund (SV2).

Stay updated on upcoming P↑thUp events. We promise not to share your information or use it for other purposes